a moment of fricking silence please 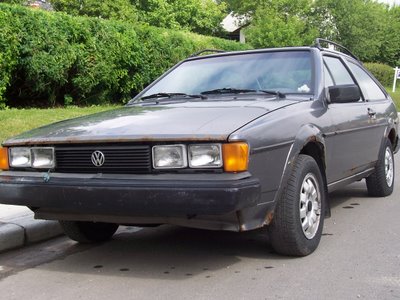 A marvelous one has been lost. My baby is gone from me. Olga died this spring and yesterday I sold her body to another man. In all fairness, she had been unwell for a while. I rode her hard, too hard, perhaps and she wasn't young any more.

When I first got Olga in 1997, her name was Shitbox because I had to replace her transmission less than a week after I bought her. Those fuckers at The Beetle Shop took the wreck of my 1973 super beetle for $400 and upsold me to a 1984 VW Karman Scirocco. She was beautiful then; her body was mint and the interior immaculate. I paid $2300 for a car that, unbeknownst to me, had a 4 day life span. When I tried to return the car, they told me to go fuck myself. When I threatened to sue them, they laughed and said "go right ahead". I didn't. I was weak. I satisfied myself with series of complaints to the BBB about their business practices. Every shitty little thing I could think of that they had done, (both with my Beetle previously and with the Scirocco) I filed an official complaint about. I contacted other people who'd been screwed by them. They and others did the same. After a couple of years, the bastards went out of business.

Of course, I still had to replace the transmission in the meantime. I cashed out my RSP's and spent the next 6 months returning to the transmission shop until they finally got the thing installed correctly. Lesson 1 learned: take VW's to someone who knows how to fucking fix them. It took three years and two exhaust systems for Shitbox to earn her new, more loving name. That car could drive sideways down a dirt road at 100km and never leave me feeling unsafe. She road on a rail; I have never had a car that was more fun to drive. 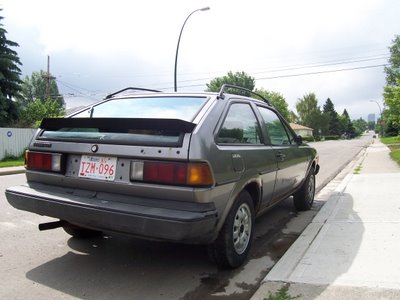 That fun came at a cost and VW's aren't cheap to fix. Parts are expensive, labour is worse. Northland once quoted me $1000 to replace an axle spindle. I found the part I needed on a GTI at Pick Your Part for $14. That and a case of beer to tempt Trevor to come over with his torque wrench got the job done. Lesson 2 learned: the people who know how to fix VW's will rip you off every fucking chance they get.

Eventually, I left my lucrative sales job and returned to school to refound my life. With the money for her upkeep gone, Olga started to fail. Never fond of the commuter lifestyle, she began to overheat in the summer; she lurched and complained when driven to get groceries and perform other housekeeping tasks. Only truly happy when she hit the open highway, she blew her catalytic converter and demanded a straight pipe in order to race with the other girls. Her skin began to sag and develop blemishes. My baby was getting old and worse, she began to stop caring. On long trips, her transmission began to fail; she could no longer keep up though she still got me and Ash to Winnipeg in February 04, Penticton in July 05: when the chips were down, she still did me proud. I am not ashamed to admit that I have a tear on my cheek as I write this. Fuck you. Fuck all of you. She was a good car. 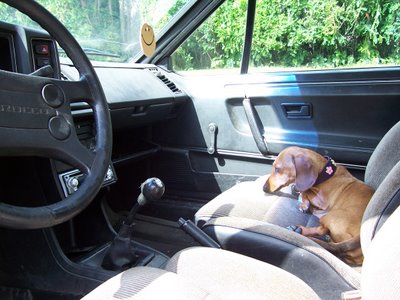 In Feb, one of her CV joints imploded while I was driving to pick up copies of the second issue of NoD. Having spent all of my money on the magazine, I could no longer afford to fix her. When the registration sticker expired I parked her on my lawn. Last week, faced with a need to pay my bills and not enough money to pull off the month and still have water and power to the house I caved and put her up for sale on Ebay. Yesterday, her new owner came by the house and paid me cash to take her away. He loves Sciroccos, she will be his fourth and he hopes to give her a new life in her new home. He might as well have kicked me in the stomach.

I'm glad she's not going to the wreckers. Only once in 9 years did I ever see a Scirocco at the wrecking yard: it was stripped to the skeleton in less than a day. My darling Olga has been spared that fate and I'm sure she'll be very happy in her new home with her new man and his two sons who really seemed happy to meet her. He has a good job; he can do better for her than me. That's the important thing; I just need to keep reminding myself that this will be for the best; the best for Olga.

Take a moment and remember her with me: feel free to reminisce and share stories about Olga and her adventures. Join me as I wish her all the best in her...her new life. 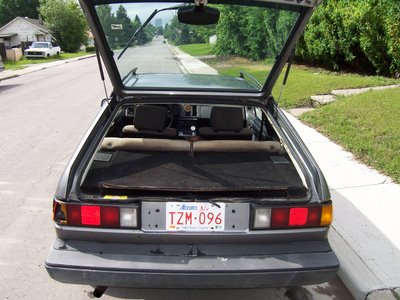 abusive, yes...she is after all a car. an actually posession and completely a product of commodity exchange economy.