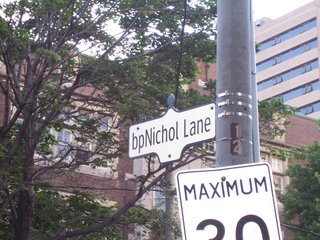 Ashleigh and I flew out this week to Toronto for the Volunteer Appreciation awards being presented by Magazines Canada. We spent three days there and the highlight of day one was indisputably the impromptu reading hosted by Angela Rawlings at the picnic table behind Coach House Books. In the words of John Barlow... 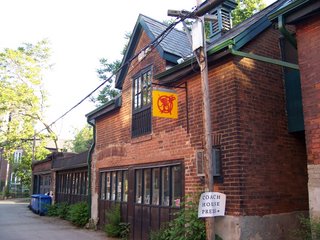 The movge., Gio you'd have loved tonight's reading,
the quick and graced Impromptu II, 15 people were there for an only 24 hour announced reading at the picnic table and a majority read and read well. even as the light eased off into night. Arranged by Angela to quickly have a reading with 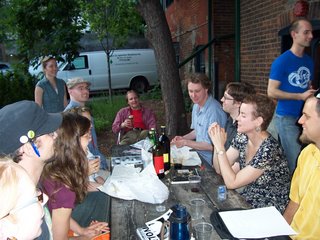 Kevin Hehir so briefly (fwd to him i never wrote down anywhere stable his email when it switched here from St John's, and Colin M(artin) from Calgary "lumpy onion monophony/blogspot" but all these other spectacular others also reading in wild assessment of reading order i'd say it went kevin colin camille greg lynne marianne then 2nd set myself reading all from rotundai read tim posgate's 1st 2 paragraphs re multidiscipline arts and uncreative, then harold rhenisch 11 streams of poetry (read as naturally and for intake as anything, streaming with thrill through the poem, such a great poem, then ross priddle's Civil 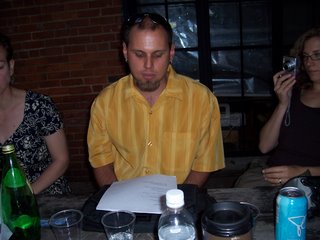 - with a talk of ross's writing style then rose umbrella and many already knew the poem which felt entirely comfortable inside reading after introducing it with rose's many dimensions as a writer and mind - i say mind now but was saying mystic 'applied mystic in the most thorough way' all the while weaving a thread through the diffrent pieces qua genre politics, (calling my own preference the totalizing of all era and mode 'anything exposed to' and ended with curry's "night frieight" from the cover)
then who read next at that point, 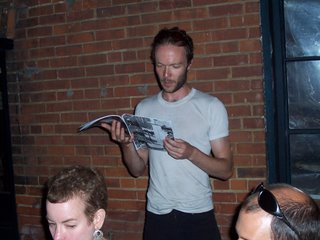 the last readers -
conor green read jason christie's ataxis
and canada post with such perfect insight nifting out like a sewer the pacing, then aaron G read, then Angela read a translation of a japanese poet i didn't hear the name then went into lepidopterist, and for those who havent
witnessed the intensity of wind poetry that erupts from other poetry of which they are incapable, 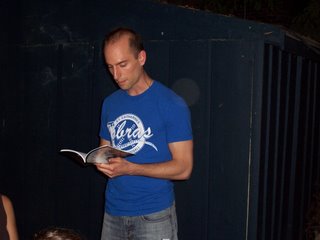 they'd realize the kind of power they're dealing with, but even as it was now night people's enthusiasm continued up with further readings additional readings from previous readers, and Conor inspired upon discovering read Kemeny Babineau's
kovalev story from the back cover with a gravity
that wrung, and i think the final poem read 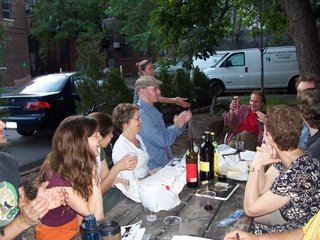 was camille's reading of her leafblower poem
that is just referenced along the edge
of her page in rotunda, a one line poem
poem and title in one, which i felt my collage style would make hard to understand and see for a one line poem/title in one so just edged it framing other poems off the edge of the page
then people talked festively and as we had no washroom use the impulsive led the way to see the last few minutes of carolina's 5-0 win, from the ferret patio with a sharp tv facing out onto the patio under the moon conor reading kemeny and jason from rotunda over the other works from rotunda seriously seemed to delight and all households represented by the people present have a copy 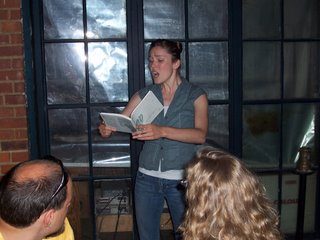 such a great reading, & night,

more on all other threads another time

The reading was wonderful, the result of the hockey game terrible but mollified by good company and conversation; the sort of night my grandfather would call a Fellowship with all the faith and gravy. We call our faith Language but it still needs good company; once again, thank you to Angela and all the Torontonians who helped us feel welcome.